If we’re serious about ending homelessness, we need to institute long-term solutions across all levels of government 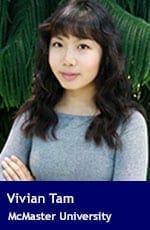 Three years ago, I set out for clinic on the kind of morning like those we’ve been having in Toronto lately, where the hair in your nostrils freezes with each breath. I had walked about two intersections before I realized my fingers were stiff from cold – of course, I had forgotten my gloves.

So I walked into one of the many stores lining Yonge Street and quickly emerged with two pairs of mittens, courtesy of a buy-one-get-one-free discount. When I left the store, I came across an individual sleeping on the street covered only with a thin blanket.

Snow was falling and he looked cold. Feeling the extra mittens in my bag, I offered them to him. His response has stayed with me ever since. He said, “Well, doesn’t everyone like to be king for a day.”

Initially, I was stunned. I had only meant to do what I could, with the resources I had, in the place that I was in.

But I realized he had articulated a valuable truth: as a society, we’ve become really good at king-for-a-day solutions. For the chronically homeless or under-housed, this has meant that over successive winters we’ve temporarily increased shelter capacity. Just recently, the City of Toronto has also heeded the call resounding on social media to #OpenTheArmouries to facilitate additional shelter space.

For many citizens using Toronto’s at-capacity shelter systems, respite takes the form of a sleeping mat on the floor.

But while this reactive approach is necessary to address crises, it’s no longer enough. If we’re serious about ending homelessness, we need to institute long-term solutions and invest in a public-health, preventive approach to homelessness.

Last November, the federal government launched a $40-billion National Housing Strategy that aspires to reduce chronic homelessness by 50 per cent over the next 10 years. The strategy will create and repair housing units, and involve the development of a $4-billion housing benefit, set to launch in 2020.

The National Housing Strategy is a welcome sign of emerging progress. But it will only succeed if we also commit to addressing the factors that make individuals vulnerable to homelessness in the first place.

The solutions we develop must therefore seek to address the specific needs of those we’re trying to serve. The face of Canadians experiencing homelessness (approximately 200,000 individuals a year) is becoming increasingly diverse. It has mounting representation from those with mental health concerns, adults with intellectual disabilities, women, newcomers to Canada, youth, the LGBTQ+ and Indigenous peoples.

There’s sound evidence that strategies like Housing First are effective, cost efficient and can be tailored to support the unique needs of groups from youth to veterans. A Housing First approach couples immediate access to housing for those with mental health concerns or other specific needs with a recovery-oriented approach that focuses on social and community integration.

In addition to targeting housing strategies to the populations served, a focus on primary prevention of homelessness must remain a priority. Redressing these systemic factors will entail a collective effort across sectors of government. But an initial step for policy-makers will be to take an incremental approach, and to recognize the impact of structural injustice on an individual’s ability to retain stable housing.

It’s time to develop solutions that address the causes and consequences of homelessness as a whole. Anyone experiencing or vulnerable to homelessness in Canada deserves to be supported by a system that’s responsive to their concerns year-round and not just when we’re galvanized by acute need.

Vivian Tam is the Ontario Medical Students Association (OMSA) director of representation. She is finishing her final year of medical school at McMaster University.