Canada falling behind on corporate accountability 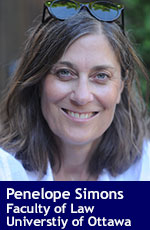 Earlier this year, Canadians were given a behind-the-scenes view on attempts by the federal government to ensure that SNC-Lavalin would escape potential criminal liability under the Corruption of Foreign Public Officials Act. What may be less clear is that the government’s stance in this case is reflective of its broader approach to corporate accountability.

The Liberal government’s tendency to overlook corporate malfeasance threatens to sink an innovative initiative – the Canadian Ombudsperson for Responsible Enterprise (CORE) – with the potential to make real change.

Canadian companies are implicated in credible allegations of wrongdoing worldwide. In addition to charges of corruption, the Canadian private sector is linked to human rights abuses and environmental destruction.

The extractive sector is of particular concern. Canada hosts a majority of the world’s largest exploration and mining companies, and a significant number of medium and large-sized oil and gas companies, many of which operate overseas.

These companies raise billions of dollars on Canadian stock exchanges. They have also been implicated in grave human rights abuses perpetrated by their security forces in many countries around the world, including Sudan, Papua New Guinea, Eritrea and Guatemala, among others.

A study by the Justice and Corporate Accountability Project at Osgoode Hall Law School found that between 2000 and 2015, 28 Canadian extractive companies were associated with 100 incidences of violence in Spanish-speaking Latin America.

In 2017, the United Nations body charged with promoting respect for human rights by the private sector visited Canada to assess compliance with a set of guiding principles endorsed by the Canadian government. The UN experts expressed concern that Canada lacked a coherent policy framework to fulfil its legal duty to protect against business-related human rights abuses. They raised concern that the victims of human rights abuses struggle to obtain adequate and timely remedies against Canadian businesses.

It appeared that the government of Prime Minister Justin Trudeau would begin to address these serious shortcomings with its announcement in January 2018 of CORE, a ground-breaking complaint mechanism charged with investigating allegations of harm caused by Canadian extractive and garment corporations operating abroad. The government committed to equipping the independent office with robust powers – including the power to summon witnesses and compel the production of documents.

What’s happened since then?

The order-in-council that formally established CORE, created its mandate and appointed Sheri Meyerhoffer to the position, was released last April. It shows that the government has not only backtracked significantly on its original promise, but it appears to have established instead a slightly modified version of the toothless and now defunct Corporate Social Responsibility Counsellor. Notably, the government has so far failed to grant CORE the investigatory powers it needs.

At the press conference International Trade Diversification Minister Jim Carr stated that he was “seeking external legal advice” on “the appropriateness” of giving the ombudsperson powers to compel witnesses and documents under the Inquiries Act. He said a decision on this issue would be announced in June.

The government has also charged the office with investigating parties that allege corporate wrongdoing – in other words, investigating the victims of alleged human rights violations and/or those supporting victims in bringing a complaint.

This surprising inclusion will surely make it more difficult for victims to have legitimate complaints of corporate-related human rights abuses heard. It is also likely to place human rights defenders, whose physical integrity is often at risk, in even greater peril.

In April, two years following his mission to Canada, the chair of the UN Working Group on Business and Human Rights, Dr. Surya Deva, returned to this country. He warned that Canada is falling behind other countries, such as France and Switzerland, that are passing laws to hold their companies to account when they cause harm overseas. Deva cautioned that Canada’s international reputation would be damaged if it failed to provide the ombudsperson with real investigatory powers.

While the Trudeau government may position itself as a champion of human rights and the rule of law, its new complaint mechanism speaks a different narrative.

More important than the reputation of the government, however, is the fact that the lives and livelihoods of individuals and communities in other countries are at stake. This will remain the case until the Canadian government takes meaningful steps to incentivize Canadian companies to change the way they do business abroad.

Penelope Simons is an associate professor in the Faculty of Law at the University of Ottawa. She is the 2018 winner of the Walter S. Tarnopolsky Award for human rights.